Interfacial shear rheology at the gas-liquid or liquid-liquid interface is relevant in a wide range of applications where foams and emulsions are used. The interface stability is controlled by surface-active molecules which can be surfactants, proteins, lipids, or even particles.

Interfacial shear rheometer, ISR Flip, is used to study the viscoelastic properties of thin films which can be linked to surface stability. The instrument allows for highly sensitive interfacial rheology measurement with increased usability of the system and versatile measurement options.

The Boussenesq number is often used to evaluate the sensitivity of the interfacial rheometers. It is defined as

ISR Flip uses a lightweight magnetic probe of 400 micrometers in diameter. The small size combined with the contactless control of the probe enables the extremely high sensitivity of the instrument.

Full control of the probe

The probe is controlled by using a magnetic trap with permanent magnets. The trap oscillates, and the motion of both the trap and the probe is recorded. The probe movement is followed with the help of a high-resolution camera. Combining the information from both the trap and the probe movement is done to calculate the viscoelastic properties of the film. The strength of the magnetic trap is controlled by moving the magnets towards or away from the probe. The probe is positioned at the interface with the tweezers where it automatically orientates according to the magnetic field applied. The probe floats at the interface which enables long measurements to be done without the need to control the height of the interface.

KSV NIMA ISR Flip offers several measurement possibilities. The instrument can be equipped with the ISR Flip High compression trough which enables measurements to be done as a function of the surface pressure of the monolayer. The trough includes a window that makes the measurement with the transmitted light possible.

The low volume measurement cell enables measurements with less than 5 ml of subphase. This is especially meaningful when the subphase is limited. Maybe even more important in many, especially biological applications, the surface area is also small which reduces the amount of monolayer material needed compared to the high compression trough. When low volume cell is used the camera needs to be positioned at the upper position to allow visualization of the probe. The camera position can be easily switched, making it possible to use different troughs with the same instrument.

Both ISR Flip high compression trough and the low volume cell are divided into two compartments: the upper and the lower subphase. This allows the measurements to be done with both air-liquid and liquid-liquid interphases.

If you would like to learn more about interfacial rheology and its measurement techniques, including ISR Flip, please register for the webinar through the link below. 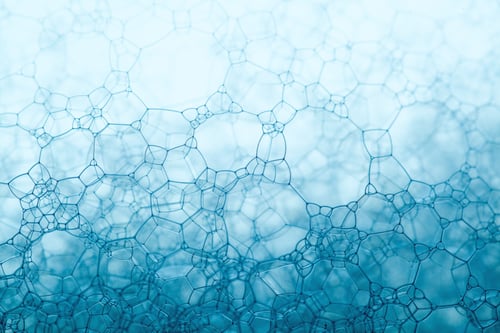 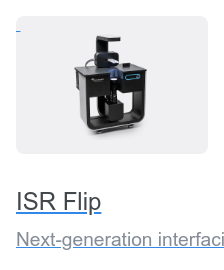 Complex fluid-fluid system can be characterized with interfacial rheology