Light interaction with matter is an important part of our everyday lives. Not only is this what makes us see things in the first place, light-matter interaction is also responsible for phenomena such as our reflection in the mirror, oil on water appearing to have color, and the sky being blue. Optical phenomena were ingeniously utilized already in the medieval times, and now exciting new research explores how to manipulate light to control for example color and chemical reactions.

Intrigued by this fascinating area, we talked to Prof. Magnus Jonsson, Associate Professor and head of the Organic Photonics and Nano-Optics group at the Laboratory of Organic Electronics at Linköping University in Sweden, to learn more.

Light can interact with matter in many different ways

Quite a lot of things can happen when light interacts with a material, Prof Jonsson says. One phenomenon that we experience in our daily lives, is that we see things because light scatters from surfaces. Everything we see is due to light reflecting or scattering off surfaces, otherwise it would be all dark, Prof. Jonsson explains. So, we see things because light is bouncing around and finally hits our eyes.

Then, there are other phenomena, such as reflection, he says. For example, if you are out driving and the road is a bit wet, you will experience a strong reflection due to light hitting the surface of the road. This is called a specular reflection, Prof Jonsson says. Other examples of light-matter interaction phenomena are diffraction, which happens when light hits an obstacle (or opening), such as diffraction of light going through a small hole, and refraction, which occurs when light goes from one medium to another, for example from air to water, Prof. Jonsson says.

In my research group, we focus on controlling light with very small structures, Prof. Jonsson says. Instead of a material having a certain color due to material absorption, caused by for example a pigment or a dye, we try to control light by structure, he says. We make thin films and nanostructures, and use so called interference effects, and other effects, to create color and to manipulate light at the nanoscale. There are other types of interaction as well, that are not based on what you see, and where you can use light to control for example chemical reactions, Prof. Jonsson says. So, it’s not only about what you see but it is also about what happens in a system when light is present.

So, in my research group, we use nanostructures to control light, Prof. Jonsson says. When you have a structure that is very small, it can behave very differently compared to a large structure of the same material, he explains. For example, let’s say you have a ball, and you shrink it, so that it has the size of the wavelength of the light itself, around ten to a few hundred nanometers in size. At those dimensions, when the geometry has similar dimension to those of the wavelength of the light, new effects will appear. It can for example be interference effects, the kind of phenomenon you can see when you have a thin layer of oil on water. In this situation, you will typically see different colors in the oil. This is a so-called thin film interference effect which occurs because you have one dimension at the same scale as the wavelength of light, i.e., at the nanoscale, Prof. Jonsson explains. 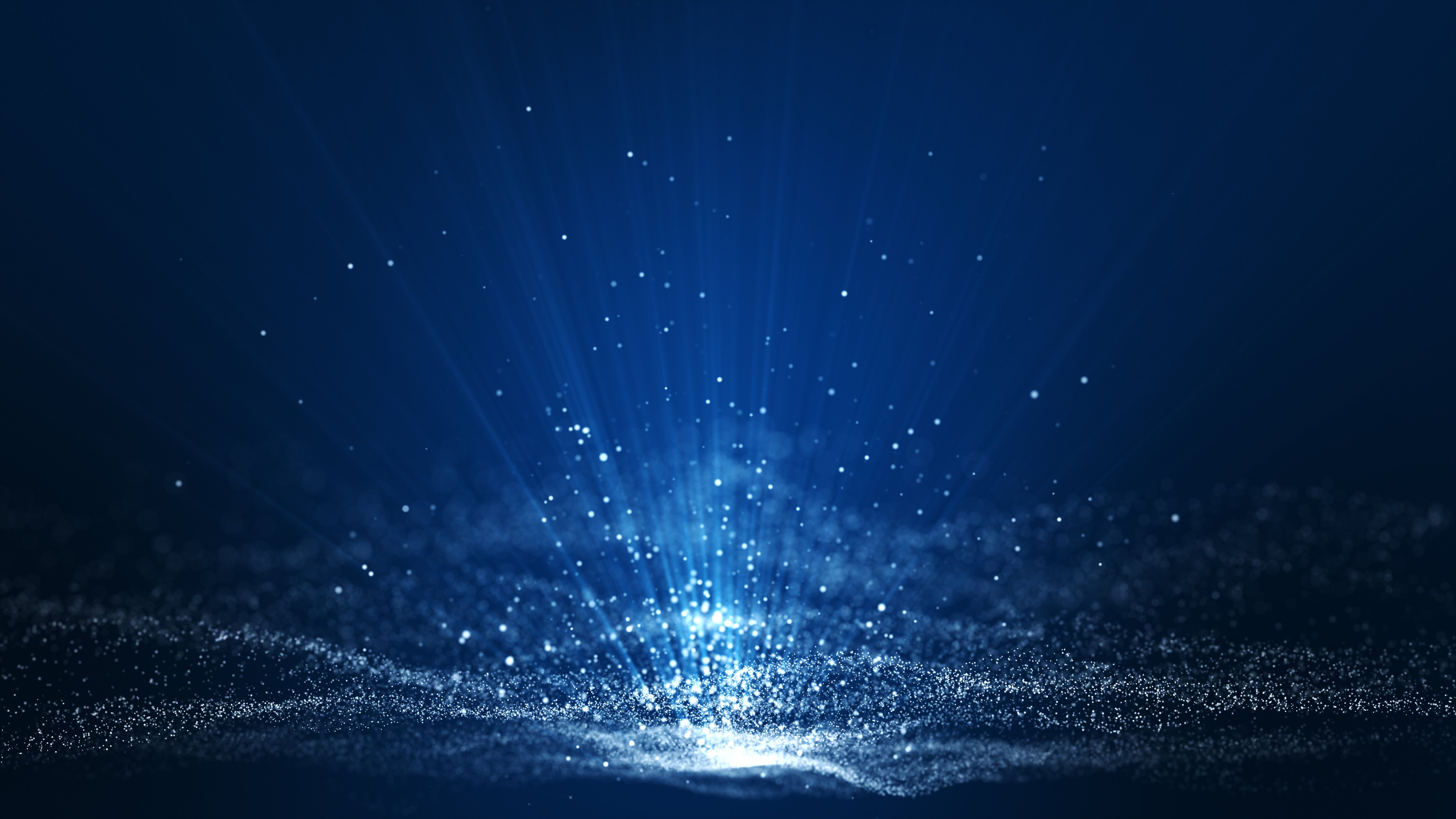 We often also shrink several dimensions of the structure to get true nanostructures, such as nanoparticles, he says. If you make such structures of metal, they get very interesting optical properties. A metal behaves very different from a dielectric material in terms of how it interacts with light, Prof. Jonsson says. If you shine light on a piece of glass, light will pass through the glass. Maybe it will change angle a bit, but it will still pass through the glass. But visible light cannot pass through a metal. Instead, the metal will reflect the light very well, and this is why we use metals to make for example mirrors. Metal surfaces are very shiny, and we even call them metallic surfaces, because they look very reflective. The reason why they are reflective is because they have a negative permittivity, i.e., the refractive index of the material has a large imaginary component. And this is the property that makes nanoparticles strongly interact with light, Prof. Jonsson explains. The light has an oscillating electric field, with oscillation frequency determined by the wavelength of the light. And if you have a metal nanoparticle, like gold or silver, the electrons in the metal will sense this oscillating electric field and can respond to it. They can start to move in resonance with the oscillating light field. And at certain colors, or oscillation frequencies, there can be a resonance of this behavior so that light is strongly scattered or absorbed by the nanoparticle. Such phenomena can occur due to the optical properties of a particle that has the same, or similar, size as the light itself, in combination with it being a metal, Prof. Jonsson explains.

The Lycurgus cup and tweaking nanoparticle properties to control light

The light – matter interaction can be controlled by tweaking the properties of the nanostructures, e.g., the size, the shape, the geometry, and type of metal of the nanostructures are made of, Prof. Jonsson says. For example, if you have a spherical nanoparticle made of gold, say 50 nm in diameter, it will scatter green color quite well. But if you change its shape so that it is elongated, then you would change the color of the structure. This knowledge is not new, it has been well known for a long time and was used already in the Medieval times, or even earlier, to make colored glass. Stained glass, which is used for example in church windows, is made this way, by embedding metal nanoparticles in the glass, and inducing so called plasmons. The embedded nanoparticle will then scatter color because of the phenomenon I just described, Prof. Jonsson says, and color the glass.

So, this is ancient knowledge. Another nice example is from the roman times; in the 4th century, a now very famous cup, called the Lycurgus cup, was made. The color of this cup varies depending on the incidence of light and from where you look at it, Prof. Jonsson says. For example, if you look at it by letting light scatter, or reflect from the cup, it looks green. However, if you put a light source behind the cup, it appears in a nice red color instead. This is because the green light component has been removed from the light that hits your eyes. You will only see the color components that remain, and here the red dominates. I.e., if you look at the scattered light, it looks green, and if you look at what is left, i.e., the transmitted light, the green light is removed, and the cup looks red. This is the same phenomenon that makes the sky blue and why the sun turns more and more red when it goes to the horizon, Prof. Jonsson explains. The blue light is being scattered, which in turn makes the sun look more red. It’s a different process of scattering compared to the nanoparticle, but the result is the same, he says.

In my research group, we are very interested in understanding how light interacts with nanostructures in general, i.e., structures that are 100 to 1000 times smaller than the width of a human hair, Prof. Jonsson says. We do both fundamental and applied research. One of the applied projects that we work on is related to displays. This is a very interesting direction where we create coloration from reflected light and get different colors due to nanostructures and different interference effects. The idea is to make paper-like displays, i.e., not displays that emit color, but where you see color because light in the room or from the sun scatters or is reflected by the structure of the surface. Like a piece of paper. In contrast to a traditional display that produces light, this new approach utilizes the ambient light. These types of devices already exist in the market, but they are typically in grey scale, and we want to make color ones, Prof. Jonsson says.

So, these devices are like electronic paper or electronic readers, he says. They work quite well in sunlight, where a normal display doesn’t work at all. Another benefit is that they use much less energy than a traditional display, because they don’t have to produce the light, they only need to maintain the picture. Essentially, it is like writing on a piece of paper, but then you can also change what is written on there, electrically, Prof. Jonsson explains. This solution would typically be used for tablets, advertisement boards on bus stops, etc., where you want to change the image occasionally. Our collaborator at Chalmers, Prof. Dahlin’s research group, has shown that it is possible to reach video rate with these systems. This means that you could compete with for example iPads and different types of emissive displays, Prof. Jonsson says.

Science on surfaces and light interaction with matter

Listen to the full interview with Prof. Jonsson, to learn more about different light-matter interaction phenomena, the invisibility cloak, and fascinating research at the forefront.

This is what we learned about the fascinating area of nanomedicines when we talked to Dr. Gustav Emilsson, who is working with nanomedicine development

Nanomaterials have found their way into ordinary products such as foods, cosmetics, and sportswear. Why did ‘nano’ become so popular? And what risks are involved when getting exposed to these nanoengineered entities?