There are several possible ways to produce structures on surfaces. Methods like lithography, embossing, ion beam milling can be used to produce controlled structures but are not suitable for all kinds of substrates and are slow. Etching and grid blasting have also been used but the control in those is limited. Laser texturing has gained a lot of interest during the past few years due to its superior texturing accuracy, good controllability, and suitability for various materials.

What is laser texturing?

Laser texturing utilizes a focused laser beam to selectively remove material from the surface. Several parameters such as laser type, wavelength, pulse duration, pulse repetition rate, and laser power affect the outcome. Laser texturing can be used to produce various patterns such as grids, dimples, and grooves. It is possible to pattern a variety of materials including ceramics, metals, and polymers.

Laser texturing can be used to prepare a surface for adhesive bonding. By generating surface structures, the wettability and the mechanical interlocking between the bonded parts can be vastly improved. Laser texturing offers better controllability over the produced surface structures compared to the alternatives, such as sand or grit blasting, or chemical processes like etching. It is also possible to accurately control the area where the texturing is done. Some laser types have also been shown to change the chemistry of the surface by the introduction of the oxide layer. The combined effect of the increased roughness and polar surface chemistry, caused by the oxide, will improve the wettability and thus increase the adhesion strength. [1]

Enhancing the tribological performance of the materials

Tribology is the study of friction, lubrication, and wear. All of these are important concerns in applications where surface interactions exist. These applications range from mechanical components such as gears and cutting tools to biomedical implants like dental and knee replacements to electronic devices such as magnetic disks. Surface texturing is an efficient way to modify the interaction between surfaces for better lubrication, controlled friction, and enhanced wear resistance of materials. Laser texturing makes it possible to produce controlled patterns on the material surface. The effect of the texture design has been extensively studied to understand how the texture size, depth, shape, density, and alignment change the tribological properties of the surfaces [2].

Both surface chemistry and surface roughness have been shown to influence the biological response when the material comes in contact with bodily fluids. The main aim of surface texturing in biomedical applications is to enhance the cellular activity in the surface of the implant. Although other methods can also be used for surface texturing, laser texturing offers several benefits especially important in biomedical applications. Laser texturing doesn’t utilize toxic chemicals and as a non-contact method, the contamination of the surface is easily avoided. Also, both surface roughness and surface chemistry can be simultaneously altered which makes this a one-step process for improved biocompatibility [3]. 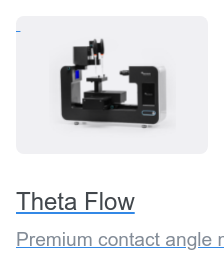 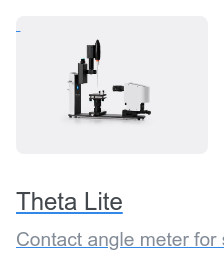 The wettability of different parts of Li-ion batteries is a key issue in terms of manufacturing, performance, and safety of the batteries.

Hydrophilic surface properties are needed in many different applications ranging from biomedical devices to marine engineering.

The good lubricity is needed as the poorly lubricated catheters can cause trauma as a result of high frictional forces between the biomaterial and tissue.

To better describe the real surfaces, different wetting states have been proposed. The most discussed are Wenzel state and Cassie-Baxter state.

Interactions at the material surface is influenced by the wettability of the material. Wettability measurements are done to evaluate biocompatibility.

Cell-biomaterial interactions are affected by the surface properties of the material such as surface chemistry, wettability and surface roughness.