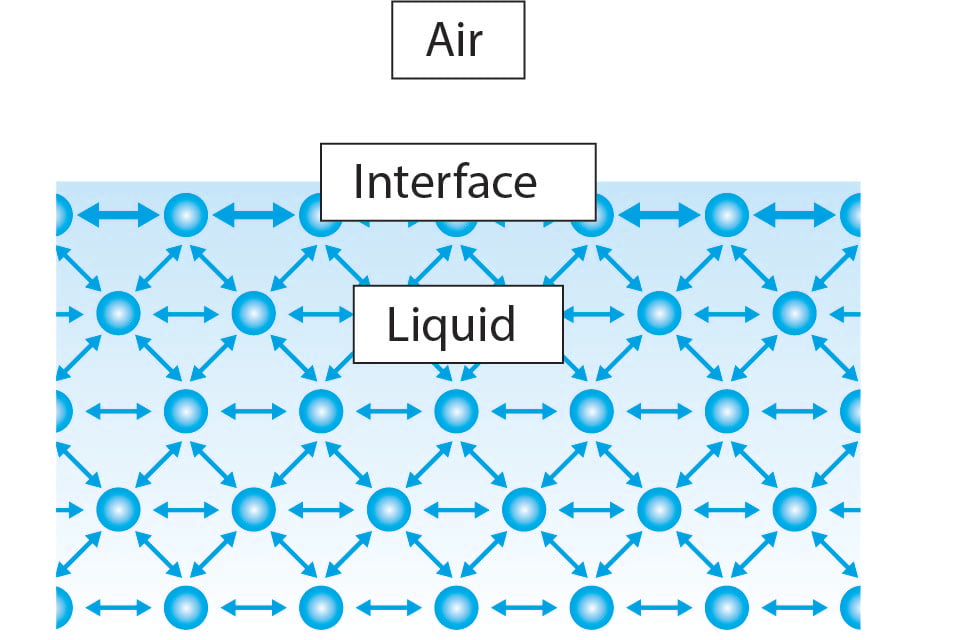 With this explanation in mind, it’s then clear that all the liquids will have the same property but why the surface tension of water is much higher than ethanol for example.

As mentioned at the beginning of the blog, this also explains why mercury has so high surface tension. As mercury is a metal, the bonds between the molecules are metal bonds that are much stronger than the hydrogen bonds leading to very high cohesive forces and high surface tension.

Agrochemicals – How do surface tension and wettability affect the efficiency?

Surface tension and wettability are important physical properties that play a significant role in the effectiveness of agrochemicals.

Why is surface tension important?

How to calculate the surface tension components of a liquid?

The method to calculate the surface tension component is defined in ISO 19403-5:2017 standard.

What is a wetting agent and where are they used?

A wetting agent is a surface-active molecule used to reduce the surface tension of water.