In short; surface tension is the property of the liquid in contact with gas phase (usually air). Interfacial tension, on the other hand, is the property between any two substances. It could be liquid-liquid, liquid-solid or solid-air.

Surface and interfacial tension are usually presented by the symbol σ and it is measured by force per unit length. Its SI unit is millinewton per meter (mN/m) which is equivalent to often used cgs unit, dynes per centimeter (dynes/cm).

To understand the origin of surface and interfacial tension, we need to understand two additional terms; cohesion and adhesion.

Cohesion is the interaction between like-molecules

Cohesion is the attraction between molecules that are like each other. Cohesive forces are intermolecular forces which causes liquid to resist separation. For example, in water, there are strong cohesive forces, hydrogen bonds, that causes the rain to come down as a water drop rather than a mist.

The cohesive forces between the molecules are responsible for surface tension. Or, the imbalance of these forces as there are less neighboring molecules on the surface than in the bulk of the liquid.

Cohesive forces on solids are so strong that, solids don't stick to materials they come in contact. Liquids, like water, on the other hand, has also adhesive forces, which get them to interact with other liquids and solids.

Adhesion is the interaction between unlike molecules 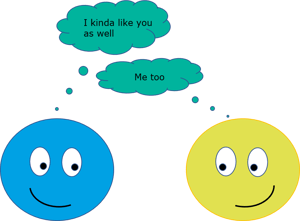 Adhesion is the interaction between unlike molecules. Adhesion force is caused by forces acting between two substrates, such as mechanical and electrostatic forces. When two immiscible liquids are brought into contact, the adhesion forces play a role. Adhesion forces are also important when liquid is brought in contact with solid.

Surface and interfacial tension are important in many industrial applications

Both surface and interfacial tension are important in many industrial applications. Surface tension, for example, is measured when critical micelle concentration needs to be determined. Interfacial tension on the other hand is important parameter in emulsion stability.

If you are interested in reading more about surface and interfacial tension and their measurement techniques, please download the white paper below.

Surface tension of water – Why is it so high?

A basic requirement of any coating is that it should form a uniform, defect-free surface. Surface and interfacial tensions play a key role in that.

What is surface tension?

The net force, which effectively aims to keep the liquid together, is called surface tension.

How to characterize surfactant solutions?

Surfactants are used in many industrial fields. Characterization of surfactants is thus important to optimize their performance and the products they are applied to. Surface and interfacial tension measurements offer versatile method to study the properties and behavior of the surfactant solution.

What are surfactants and how do they work?

A term surfactant comes from the word surface active agent. At the interface, they align themselves so that the hydrophobic part is in the air and hydrophilic part is in water. This will cause the decrease in surface or interfacial tensions.