What is the optimal surfactant concentration to use in a cleaning formulation? Here we show how the cleaning efficiency as a function of detergent concentration can be assessed within an hour.

Probing the concentration dependence of your detergent in an hour

An efficient approach to evaluate the soil removal efficiency as a function of detergent concentration is to use a surface sensitive real-time analysis method. For example, QSense® cleaning profile provides information about the soil removal at different conditions in real time. Parameters such as surfactant concentration and cleaning temperature can therefore be assessed already during cleaning test.

In this study, we evaluated the soil removal efficiency at three different concentrations of surfactant, 0.1CMC, 0.9CMC and 10CMC. Water was used as a negative control.

How much soil will be removed at each concentration?

The results in Fig 1. show that the water did not have any effect on the soil thickness, i.e. it did not wet the soil. All the three surfactant samples, however, wetted the soil, i.e. the soil thickness increased upon exposure. The results also show how much soil that is removed during the surfactant exposure. The lowest concentration, 0.1CMC, did not remove any soil. The 0.9CMC sample, removed about 10% of the soil in the water rinse step (at 47 minutes). The highest concentration, 10CMC removed soil throughout the entire period of exposure. After the water rinse, ~10% of the soil remained at the surface. 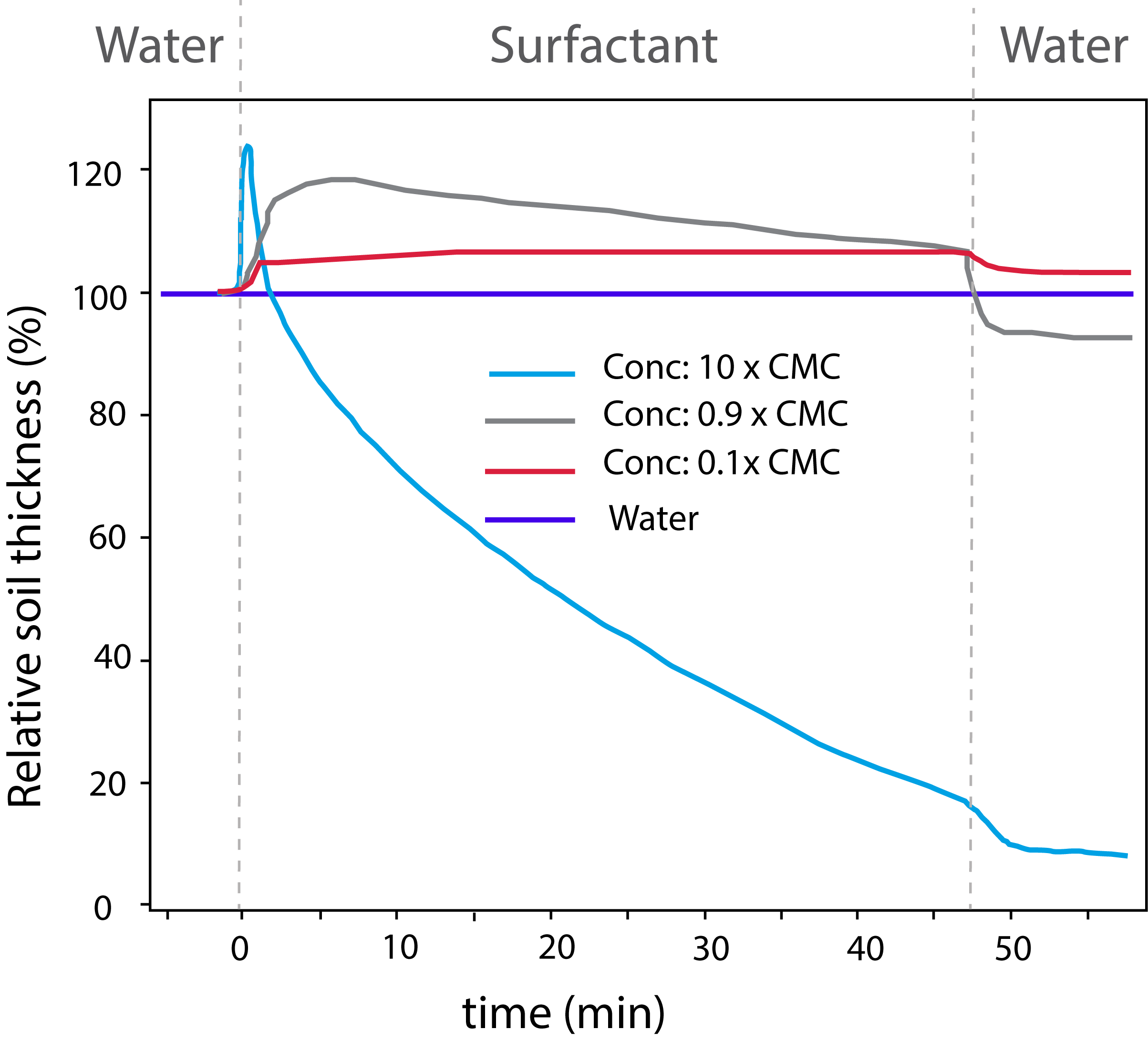 Figure 1. The graph shows how the soil is wetted and removed from the surface at three different concentrations of surfactant. Water is used as negative control.

Using a surface sensitive real time analysis method, such as QSense cleaning profile, the soil removal efficiency as a function of concentration can be assessed and quantified in one hour. The method also provides information about the wetting of the soil.

Soil removal efficiency of a formulation is typically assessed by running a cleaning test followed by an analysis of the result. Here we show how these two steps can be run simultaneously.

How to assess detergent etching performance in one hour

The traditional way of assessing etching properties can be time-consuming. But there are faster ways. Here we present a method that will help you assess the etching effects in one single wash cycle and in less than an hour.

How Nouryon ranks detergent performance when the traditional tools fail

When, Nouryon (former AkzoNobel speciality chemicals), launched a new surfactant with a good dermatological profile, they wanted to prove superior performance vs competitive benchmarks. As the current test methods were not sensitive enough, they turned to an analysis using QSense cleaning profile.

How to rank detergent performance in less than an hour

Throughout the cleaning product life cycle, ranking of performance is an important type of assessment. It can be quite time-consuming, but with the right approach, it is possible to evaluate and rank the product performance in less than one hour. Here we tell you how.

Eva Ekerot is the Senior Commercial Portfolio Manager for QSense. She has a background managing numerous product portfolios within the medical technology and analytical instrument industries. She is devoted to user driven development of high tech products. More user friendly technology is accessible to more people!