How do nanoparticles interact with cells?

How nanomaterials interact with the environment after they have been disposed of has many implications for potential toxicity and health concerns. Whether nanomaterials are being incorporated into commercial goods for their anti-microbial properties such as in work-out clothes or used for targeted drug therapies their overall prevalence is increasing. Therefore, the likelihood of someone coming into contact with these materials is also increasing. 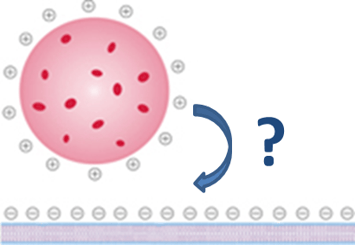 In this post I will briefly give an introduction to this research area and highlight some key references and exciting recent work.

One of the great things about this kind of research is that the assay design details are already outlined, and there are published recipes on how to form a supported lipid bilayer onto a QCM-D sensor.

The first paper illustrating how QCM-D can uniquely probe lipid vesicle deposition and the mechanism by which the vesicles can rupture to form a SLB onto a solid substrate was written by “Surface specific kinetics of lipid vesicle adsorption measured with a quartz crystal microbalance” Keller C. A.; Kasemo B. Biophys J. 1998, 75(3), 1397-1402. In this reference, three different surfaces were investigated:

Several years later a description of the step by step protocols for how to form SLBs onto different surfaces including silicon dioxide, titanium dioxide, and gold were detailed in “Quartz crystal microbalance with dissipation monitoring of supported lipid bilayers on various substrates”Cho, NJ; Frank, C. W.; Kasemo, B.; Höök, F. Nature Protocols 2010, 5, 1096–1106. This reference is extremely useful for those new to lipid bilayers that are looking for detailed step by step instructions for how to prepare these kinds of surfaces.

The mechanism of supported lipid bilayer formation characterized by QCM-D

Example QCM-D data, demonstrating lipid bilayer formation, along with a corresponding illustration, is shown in the figure to the right.

The key feature of QCM-D data when making a SLB is the characteristic rupture step shown at (B) in the figure.  After a critical coverage of surface adsorbed vesicles is reached, or when an external stimulus is applied such as a reactive peptide or a change in osmotic pressure, the frequency increases as the mass of associated solvent inside the vesicle is lost as the vesicle ruptures and a lipid bilayer forms. This is also why the dissipation decreases, because the adsorbed layer is going from a soft viscoelastic vesicle film with quite a bit of associated solvent to a rigid lipid bilayer with little to no associated solvent. This vesicle rupture to lipid bilayer “fingerprint” is unique to the QCM-D technology and allows probing the mechanism for bilayer formation.  Surface support composition, ionic strength, pH, vesicle complexity, and constituents such as cholesterol or membrane proteins can be altered and their effects probed on how the resulting lipid bilayer forms.

After the lipid bilayer (or intact vesicle layer) is prepared then usually a particle solution is flown across the top and the resulting signal changes correspond to how the particle interacts with the membrane surface. The effects of particle type, size, concentration, outer coating chemistry, solution ionic strength, pH, and temperature can all be measured. A number of different groups are working in this area. Below I list five different studies:

Read more about the assessment and characterization of the interaction of nanomaterials with biological systems in our application note:

Review of nanoparticles interacting with the environment/humans

To characterize model membrane platforms, such as vesicles, monolayers, and bilayers, it is often necessary to use more than one analysis method.

Learn about how QSense QCM-D is used to monitor vesicle inter­action with solid substrates and to characterize surface-adsorbed vesicle layers.

Here we describe what makes QCM-D particularly suitable for this kind of analysis and show what a typical measurement can look like. 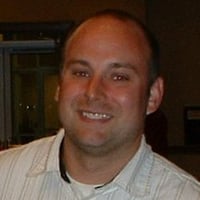