Adhesive bonding is a process where two similar or dissimilar materials are fastened together. As the name implies, in adhesive bonding, an adhesive, typically some kind of glue is used to bond the two surfaces. In the adhesive bonding process, both adhesive and cohesive forces are involved. Depending on the strength of these forces, the adhesion failure can be either adhesive, cohesive, or substrate failure.

Adhesive and cohesive forces are involved in the bonding process

When the glue is applied on the surface, its ability to wet the surface is of utmost importance for good adhesion. Good wettability ensures that the glue can penetrate surface structures which leads to better mechanical interlocking at the interface. The adhesive forces between the glue and the substrate as well as the cohesive forces in the glue determine how well the glue can wet the surface. If the cohesive forces inside the glue (or any other coating formulation for that matter) are high, the glue prefers to stay together rather than interact with the surface. However, if the adhesive interaction between the substrate and the glue is high enough, the glue might spread after all. Once the glue has hardened and the interfaces are formed, these same forces determine whether the bonding is permanent or adhesion failure is likely to happen.

To understand why bonding fails, we need to first define the ways the failure can occur. 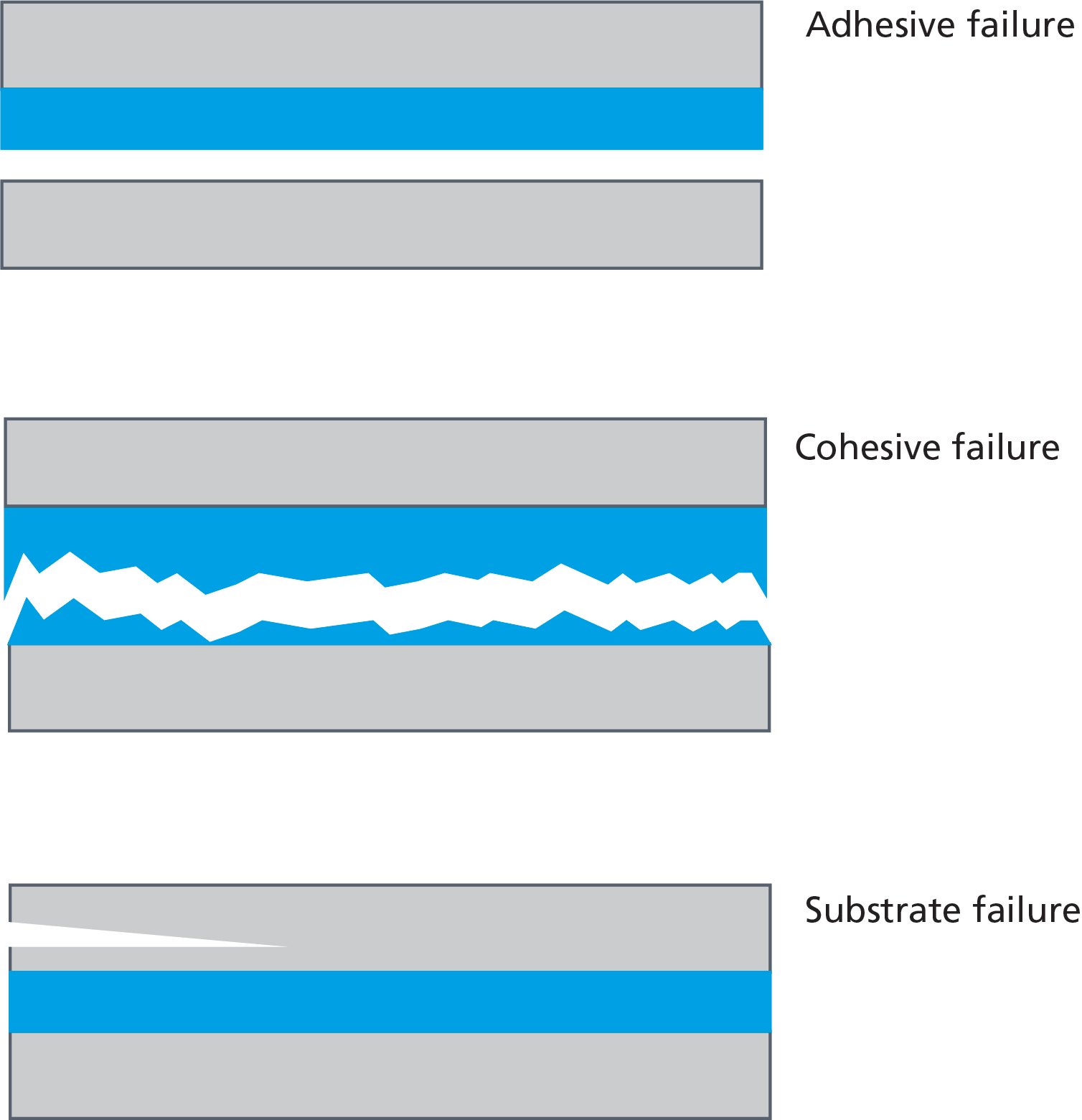 These can be divided into three categories:

Adhesive failure, or delamination, is one of the most common types of failure mechanisms. There the two dissimilar materials detach from each other. The failure can happen between the adhesive and either of the two substrates, it is bonding together. Cohesive failure happens in the adhesive itself or inside the layer of a coating. Substrate failure is not related to the bonding process itself as it is a problem in a substrate.

To read more about adhesion and how contact angle measurements can help to predict its success, please download the white paper through the link below.

How to ensure conformal coating quality in printed circuit boards?

One of the main challenges in PCB manufacturing is the adhesion of the conformal coating. Contact angle measurements can be used to predict adhesion.

How to solve adhesion issues with contact angle measurements?

Adhesion problems are one of the main reasons for the failure of the product. Read to find out how contact angle measurements can help solve the problem.

Work of adhesion - What is it and how to measure it?

Work of adhesion is defined as a work required to separate two phases from each other.

3 examples where adhesion is important

Adhesion plays an important role in daily and industrial processes. Adhesion can be either wanted or unwanted.

What is required for good adhesion?

Good adhesion is generally required whenever a coating is applied to a surface. A clean surface and good wettability are needed for good adhesion.

Adhesion is the attraction between two dissimilar phases. It is commonly divided into mechanical interlocking and physical and chemical bonding.

Wettability determines the adhesion of coatings

Coatings are typically evaluated by methods such as laboratory drawdown. Contact angle measurement can provide a more quantitative approach.

Evaluate the influence of surface roughness on wettability

While contact angle goniometry has been around for many years, we have recently developed a way to account for the underlying surface’s micro-scale roughness.