Why would you want to measure mass and thickness of thin films? One reason to monitor these two parameters is to characterize the build-up and degradation of molecular layers. Also, numerous materials and thin coatings are dynamic in nature and undergo physical changes responding to various stimuli, such as light, temperature, salt concentration or pH. These changes influence the mass, thickness and the structural properties of the material. The mass and thickness are therefore two parameters that are very much involved both the creation, behavior, and degradation of thin films. This makes them relevant to monitor both in the design, characterization, evaluation and optimization of thin films and coatings.

During surface interaction processes such as for example binding of molecules, adsorption, desorption, aggregation, and build-up of multilayer films, the mass and thickness of the molecular layers change. By measuring these changes in real time, we can follow the molecular binding processes and rearrangements. To measure these changes on a molecular scale, we need real-time nanoscale techniques. Once such technique is Quartz Crystal Microbalance with Dissipation monitoring technology (QCM-D). The QCM-D measures the changes of two parameters, the resonance frequency (f) and the energy dissipation (D). From these two parameters, mass and thickness changes at the surface can be extracted. In general, as the mass increases at the surface, the f will decrease. The D-parameter will indicate how soft the layer is. The softer the layer the higher the D. In the case of mass loss, the frequency will instead increase. And if the layer goes from soft to stiff, then the D parameter will decrease.

Let us take an example of a mass measurement. Here we are interested in detecting when an anti-biotin antibody first binds to a biotinylated lipid bilayer. We would also like to detect the cleavage of the antibody by an enzyme. 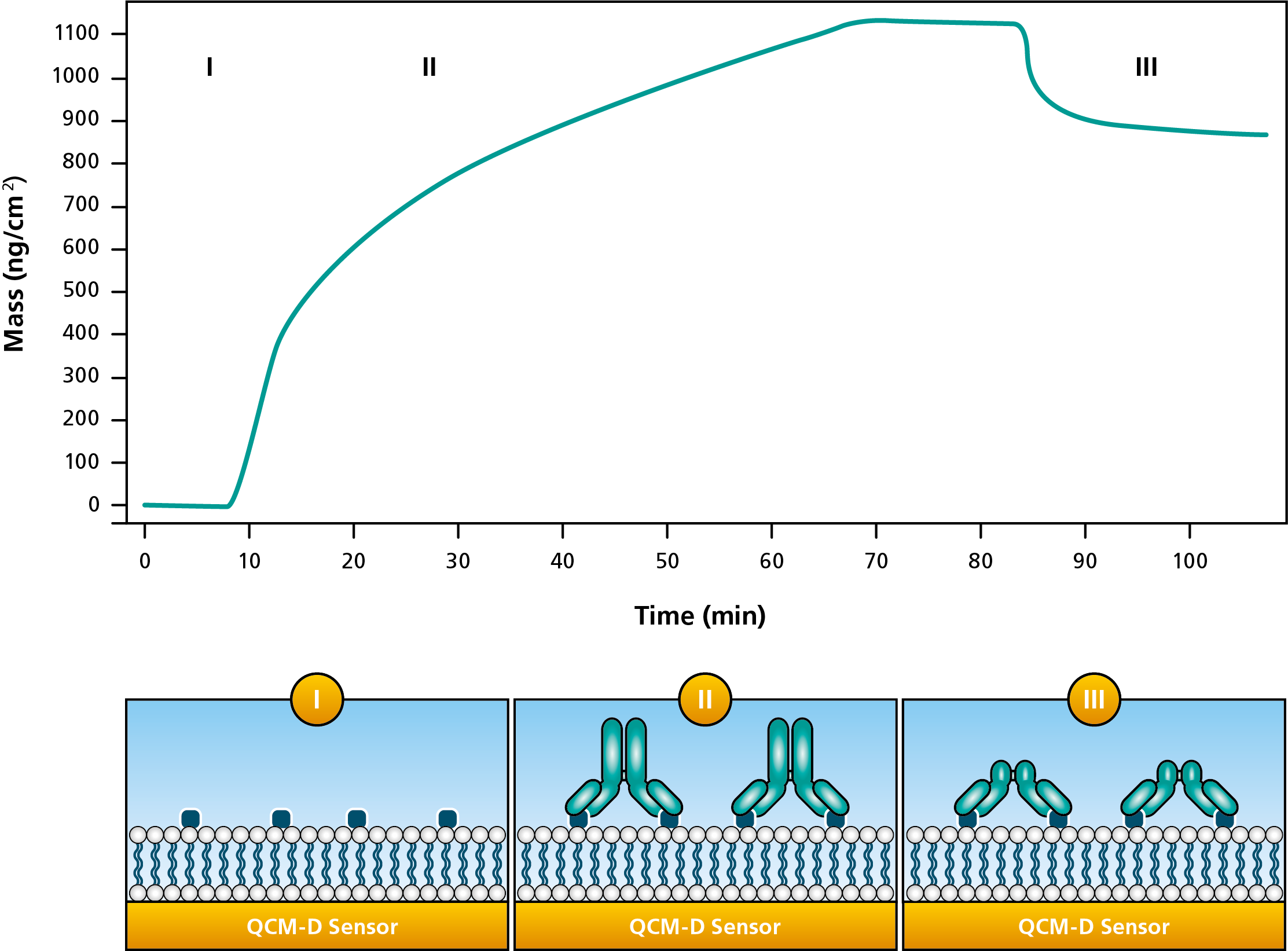 Figure 1. Mass changes as an antibody binds to the biotinylated bilayer on the surface (I-II) followed by enzyme cleavage (III) which removes 1/3 of the mass at the surface.

How it works in practice

Download our overview to read more about what information you can extract from QCM-D analysis.