As we transition from fossil fuels to renewable energy sources and move towards an increasingly electrified society, portable electronics and electric vehicles will be more and more commonplace, and battery-based storage will play a key role in the power grid. In the wake of this change, the need for new and improved battery technology will intensify. In this post, we briefly describe how EQCM -, and the extended version, EQCM-D technology, are used in battery development and help researchers take battery performance to the next level.

EQCM technology - simulta­neous electrochemistry and QCM at the same surface

In the pursuit of higher-performance batteries, a lot of research efforts are made to develop new battery materials and to optimize components to achieve more stable, lower cost, and safer technologies. Batteries are complex, and the processes involved in battery opera­tion include multiple electrochemical phenomena. To study these, a range of analytical methods are used. One method which has been used to study battery mechanisms since 1995 is Electrochemical Quartz Crystal Microbalance, EQCM1. More recently, the extended version, EQCM-D has also been added to the instrument portfolio of the battery researcher.

Quartz Crystal Microbalance with Dissipa­tion monitoring (QCM-D) is a non-invasive surface-sensitive technology that has been used for time-resolved analysis of molecular interactions and reactions at surfaces and interfaces for more than two decades. In the electrochemical version, EQCM-D, electrochemistry, and QCM-D are combined in the same setup.

QSense EQCM-D is a so-called multi-har­monic EQCM-D. It measures two parameters - resonance frequency, f, and dissipation, D, of a quartz crystal at multiple harmonics, and the analysis provides time-resolved information on mass, thickness, and viscoelastic proper­ties of interfacial layers. In addition, the electrical properties of the system can simultaneously be monitored through electrochemical measurements such as cyclic voltammetry (CV), galvanostatic charge-discharge, or electrochemical impedance spectroscopy (EIS). In addition to the insights offered by the time-resolved electrochemical, gravimetric, and mechan­ical EQCM-D information, the data can be used to calculate the flow of cations/anions during redox reactions and to extract information on number of solvent molecules accompanying the respective ion. Combining the EQCM-D mass vs time and the charge transferred (Q) vs time, the mass vs Q can be obtained and provide insight toward the coupled electron-ion transport mechanism.1-3

In this post, examples of both EQCM and QSense EQCM-D are included. In brief, without going into the technical details as these are thoroughly described elsewhere,2-4 the difference between the two methods is that the latter collects information on the energy losses in the systems which enables quan­tification of the viscoelastic properties of the interfacial layers. This allows for further analysis such as in situ characterization of struc­tural changes of the battery materials following phase transformation or evolution of electrode surface morphology.

EQCM-D can provide information on

Gaining insights through nanoscale analysis of the elec­trode-electrolyte interface

Battery phenomena and mecha­nisms that can be characterized

The electrochemical behaviors in batteries are complex and there are many processes in the charge-recharge cycling that needs to be understood to develop new battery materials and new rechargeable battery technologies. For example, the ion inser­tion/extraction process of the electrode material is a key process to control. During battery cycling, the repetitive ion insertion/extraction from the electrode may result in structural changes of the electrode, such as changes in surface roughness or mechanical properties, which may affect the performance. The formation dynamics of the electrolyte interfaces on the anode or cathode as well as the mechanical properties of the formed interfacial layer may also be crucial, and insights into the reaction mechanism and reaction products during charge-discharge of new battery types may be needed.

All of the above-mentioned processes will result in changes in mass and/or mechan­ical properties of the electrode1 - changes which can be detected by EQCM-D. EQCM-D can provide in situ information on mass and structural changes associated with electron transfer processes occurring within battery electrodes.3 It can detect changes in mass and charge induced by ion transport as well as the mass change of the electrode per mole of electron trans­fer (mpe) during the charge-discharge processes. EQCM-D can also be used to study reaction and reconstruction mecha­nisms at the electrode, and it can be used to monitor the formation, evolution, and mechanical properties of solid electrolyte interfaces (SEI) on anodes, and cathode electrolyte interfaces (CEI) on cathodes.

Running EQCM-D analysis at relevant conditions, varying, for example, surface material (i.e., electrode type), electrolyte salt, or solvent concentration, the behavior of battery systems and the reaction mech­anisms involved in the operation can be studied and the effects of the electrode, the type of electrolyte, and additives can be elucidated.

Areas where EQCM and EQCM-D are used

Over the years, EQCM and EQCM-D have been used for in situ characterization of various battery-related phenomena. For example, EQCM-D has been used to analyze the formation, evolution, and mechanical properties of the solid electrolyte interphase (SEI) in different conditions,3,5,6 the charge-storage mechanism of new electrode materials have been explored,7 and Shpigel et al.4 have performed exten­sive work to characterize electrode materi­als for energy storage and conversion.

The examples listed above illustrate how the methods are used in battery studies. In a thorough and systematic review, Ji et al.1 take on a pragmatic approach and cate­gorize the usage of EQCM and EQCM-D into four key areas where the methods can provide unique information that to support the quest towards better batteries. The areas are

In the review, Ji et al.1 also exemplify battery processes and events that can be analyzed, such as

Additional examples mentioned in the review,1 where EQCM and EQCM-D can provide unique and valuable information, include the analysis of:

As we move toward an increasing electrifi­cation of society, there is a need for better-performing batteries. Battery systems are complex, and an array of different technol­ogies are needed to elucidate the intricate electrochemical phenomena involved and to push battery performance forward. One of the analytical methods used is EQCM - a highly sensitive and non-invasive method that has helped answer battery-related research questions for almost 30 years. EQCM provides time-resolved elec­trochemical and gravimetric information about bulk and at the surface of battery electrodes. The extended version, EQCM-D, will in addition provide mechanical infor­mation which reveals structural changes of the electrode interface. The information offered by EQCM and the extended version, EQCM-D, can be used for in-situ characterization of key mechanisms involved in battery cycling and provide unique information that will help researchers take battery performance to the next level.

Learn about EQCM and EQCM-D analysis in battery development

Read about how QSense EQCM-D analysis was used to explore the build-up, evolution, and mechanical properties of the solid electrolyte interphase (SEI).

Using QSense EQCM-D in the development of new battery materials 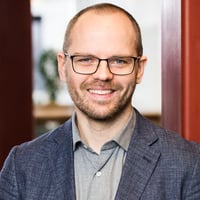