What is Critical Micelle Concentration?

Another arrangement for the molecules allows each component to interact with its favored environment. Molecules can form aggregates or micelles in which the hydrophobic portions are oriented within the cluster and the hydrophilic portions are exposed to the solvent. An example of a spherical micelle is shown in Figure C. 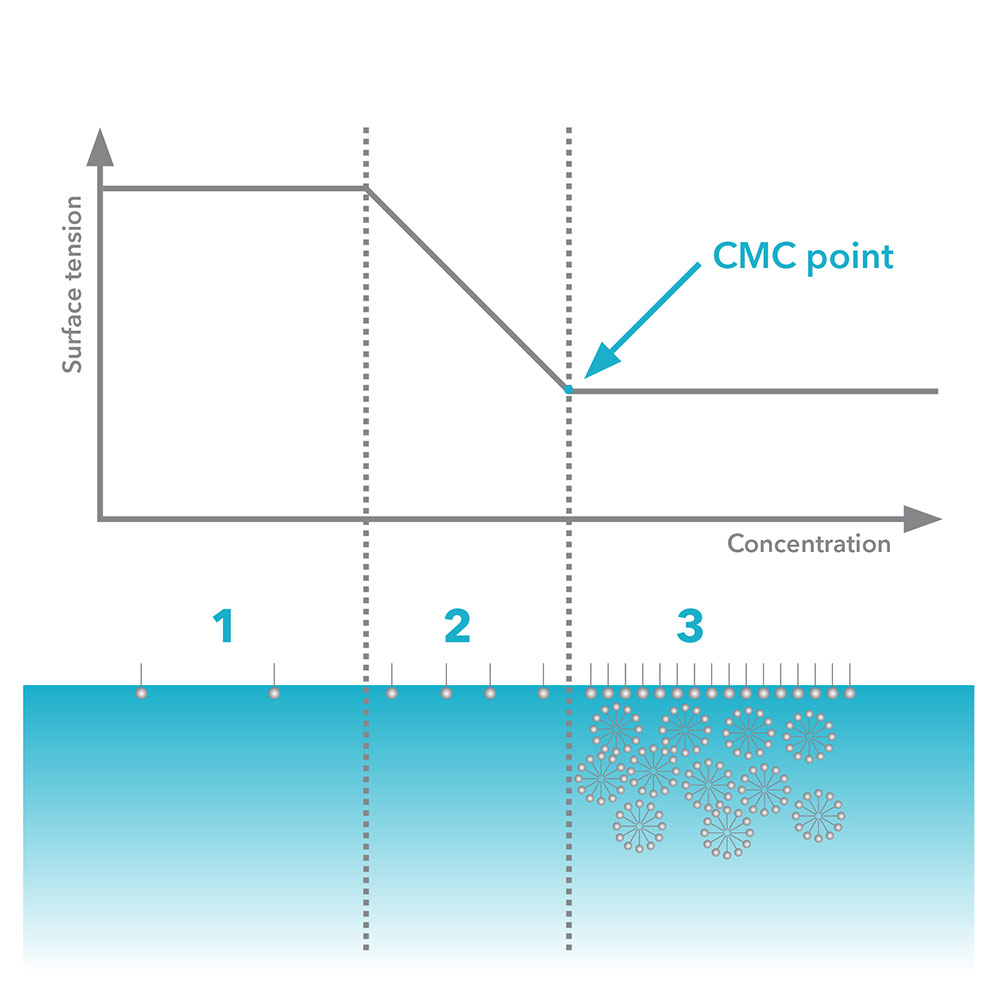 CMC is found as the point where the baseline of minimal surface tension and the slope where surface tension shows linear decline intersect. Surface tension versus log concentration may be plotted by measuring a series of manually mixed solutions, or automatically using an Attension Sigma with an optional dispenser. Manual mixing and testing surface tensions for a series of solutions is both time-consuming and may present real problems. By using the automated features of the Sigma range the stability of surface tension measurements can be easily handled. The Sigma 700 and 701 programs also automate the mixing concentrations for even spacing across the log scale and assist with graphics to help find CMC.

CMC measurements with Sigma 700/701 can be performed by either adding concentrated surfactants to a surfactant free solution or by diluting a concentrated surfactant solution with pure solvent. Measurement of CMC starts with preparing the software settings and choosing a method (Wilhelmy plate or Du Noüy ring). Thereafter, a probe is chosen accordingly and the measuring vessel is filled with the initial solution and Sigma 700/701 will automatically complete the experiment.

OneAttension software has an AutoSearch option that divides the experiment into two phases, and thus speeds up your experiments with unknown liquids. The Search phase allows for larger additions to be made during the first portion of the experiment where non-critical data calculations occur. When ST values drop significantly, the instrument switches to the Measurement phase and follows the normal experimental protocol. When all requested additions have been made the experiment terminates and the data is automatically stored for analysis. 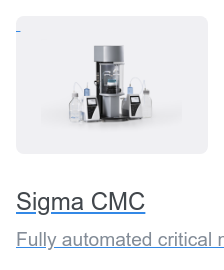